Reading: 8 warm books for the cold days ahead

Poems of exile: in the maze of homesickness
by Tuhin Das; translated from Bengali by Arunava Sinha
Books on bridges and tunnels, $17.95

The author dedicates this collection of poems to “all the torchbearers who have been exiled, disappeared, imprisoned and injured, and those who have lost their lives for defending freedom of expression”. Tuhin Das, who fled his home country of Bangladesh in 2016, was granted asylum in the United States in 2021. He is a writer-in-residence at City of Asylum on the North Side. “Out of the Fort Pitt tunnel / My first sight of Pittsburgh. / The way we cling to a new lover / Is how these three rivers / Joined my feelings,” he wrote, transforming a shared experience to everyone in Pittsburgh at a time with profound political and personal implications.The recent attack on author Salman Rushdie is a much-needed reminder that freedom of speech cannot be taken for granted and that, in the words of Das, “the very existence of an artist makes those in power feel threatened”. 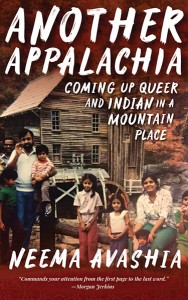 The author, a queer, Asian-American teacher and writer, is probably not who most Americans think of when they think of Appalachia. The media portrays the region as exclusively white in complexion and totally red in politics. Neema Avashia’s stunning collection of personal essays seeks to correct this stereotype. A first-generation American born to Indian parents, Avashia, an alumnus of Carnegie Mellon University, grew up in rural West Virginia, a state she writes about with unabashed love. “I can’t count the number of times in my life that I’ve been asked the question, ‘Why West Virginia?’ by unbelieving Americans,” she writes. This book answers that question and, in doing so, reveals a much more diverse and complex region. 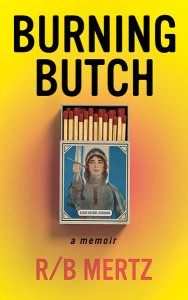 R/B Mertz describes himself as a trans and non-binary butch. In some political circles, the trans community – already at high risk of being the target of violence – has become a favorite punching bag. Mertz, who grew up in a conservative religious environment, documents their own growing awareness that they were not what family members, teachers and lovers insisted. “All I had to do to keep peace with him was erase myself,” they wrote of the abusive relationship with their father. In a way, this is very true of the larger culture of this country. Fortunately for readers, Mertz refused to step aside and survived to write this much-needed book in America right now. 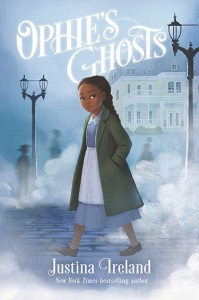 “When she was twelve, Ophelia Harrison saw her first ghost,” Justina Ireland writes in this mid-level supernatural adventure. The murder of Ophie’s father in Jim Crow, Georgia, and her appearance as an apparition with a dire warning, sends the young girl and her mother fleeing north to Pittsburgh. She finds the city “grey and sad, the sun nonexistent”, a perfect setting for a haunted mansion where Ophie and her mother find work. But even in the industrial north, she finds racism and the specter of slavery not easily buried. Ophie’s bravery and ability to speak to spirits will reveal long-buried secrets and grisly murder in this chilling, all-too-relevant tale. 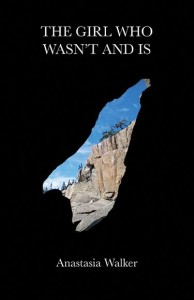 The girl who was not and who is
by Anastasia Walker
new york comics, $20

“It’s not all your stifled tomorrows / Nor sanctioned fanaticism / Nor even ferocity / Of your murders – call them atrocities – / It rests like nine hundred pounds of lead and ice in my heart, but fear / … You could for a second felt /
I deserve it,” writes Anastasia Walker in the poem “Remembrance (January 2013),” which unflinchingly catalogs the brutal murders of members of the global trans community. Walker, a transgender poet, essayist and photographer, writes poems of uncompromising clarity that recall the power of language to not only dehumanize marginalized people, but to affirm our indelible shared humanity. There is rage there, yes, but also tenderness and resolute love. 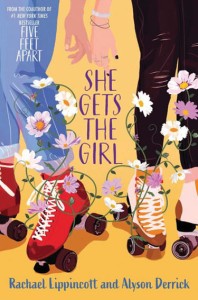 She gets the girl
by Rachael Lippincott and Alyson Derrick
Simon & Schuster, $18.99

Alex and Molly are a classic odd couple. Alex is brash, quick-witted, and messy. Molly is shy, studious and keeps everything clean as a pin. These young women are immediately at odds with each other, but what they have in common is a shambles love life. Alex, at odds with his girlfriend, hatches a plan to help Molly find the girl she’s been in love with for years in order to show her own naturally skeptical ex that she can indeed do one selfless thing and thus her. win back. If fun and romantic and a little scary is what you’re looking for in romance fiction, look no further than this little gem of a novel. 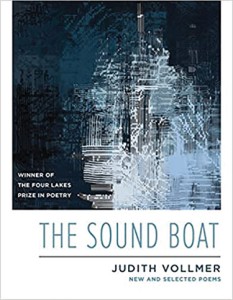 “Disperse your dark thoughts / and embrace literature. Un-sequin the sky cocktail, / count the constellations that way, your own way,” writes Judith Vollmer in her poem “A Visit from Milosz”. heart, or at the very least a behind-the-scenes look at Vollmer’s methodology. stars or composing a poem, are all currents that fuel the work on display in this collection.Here we have a private cosmology vast enough to include the famous Polish poet, George Harrison, Jane Jacobs and the crackling city of Pittsburgh as “Paris, San Francisco, / a minor and gritty Rome”. 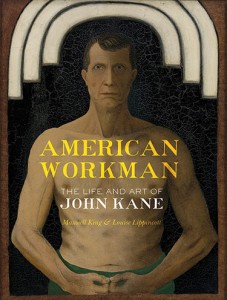 American Workman: The Life and Art of John Kane
by Maxwell King and Louise Lippincott
University of Pittsburgh Press, $40

Worker-artist John Kane immigrated to the United States from Scotland at the age of 19 in 1880. He arrived in Braddock to work at the Edgar Thomson Works. A lifelong traveler, drinker and brawler, Kane never stayed in one place for very long. In 1927, a painting by Kane, who was a self-taught artist, was accepted for Carnegie International that year, setting his professional career in motion. Kane’s philosophy was simple: “I drew the mills and industrial facilities and the hills and valleys around them. You don’t have to go far to find beauty. It’s everywhere, everywhere, even on the street where you work. An exhaustive biography as well as a deep critical appreciation of Kane’s art, “American Workman” should bring new attention to this artist’s remarkable work.

Artist SGM is making waves on the ...