Parkour with a purpose

Parkour started in Pakistan nine years ago and involves physical activities such as running, gymnastics and weight training. While the extreme sport made its debut at the 2022 World Games in the United States, the sporting aspect of parkour is still being explored, while the movie and entertainment industry views it through a glamorous lens. Previously included in the gymnastics category, it is now generally accepted that the core of the skill is finding balance and peace within yourself and getting used to the environment.

Originating in France in 1990, parkour incorporates movements ranging from swinging, plyometrics, running, crawling, rolling, wall running, climbing and precision jumping over obstacles. such as walls, buildings, and stair railings, to name a few.

While slowly gaining popularity from France to the whole of Europe and North America, in Pakistan street sport has become accessible via the internet, and its adaptation among the young Hazara of Quetta is fascinating.

For Ammad and his team, parkour or freerunning is more than a sport, a discipline or an art form. It’s their way of life. These young men are inspired by Jackie Chan, martial arts and military combat training that uses ordinary objects and buildings as obstacle courses to help build physical and mental strength.

Parkour practitioners called traceurs use urban infrastructure to master their techniques. Unfortunately, young Hazara don’t have much access to that or to gymnasiums. But for them, parkour is a way to express themselves and channel their anxieties of living in an oppressive environment.

Ammad, 24, who insists Ammad Parkour is his full name, is from the Hazara community that has been persecuted for decades. Growing up in a restricted area surrounded by uncertainty and Frontier Corps (FC) personnel, he believes parkour helps him when he needs to break free from his limitations.

“Parkour was love at first sight for me, as I have always been fascinated and excited to see Jackie Chan and his stunts in movies,” says Ammad who started his sporting journey at the age of 13. “There were older boys doing parkour, so after learning wushu for a year in Quetta, I decided to learn parkour techniques and refine them over time.”

When he discovered a local club that taught wushu and martial arts, he sneaked in to practice. “I learned quickly and was looking forward to jumping and doing flips,” he says with a gleam in his eye.

As well as learning the basics from his friend Mustafa Ahmedi, Ammad trained in parkour through YouTube videos and the regional online community of parkour artists from Pakistan, Afghanistan, India and Iran. . They exchange tips and techniques and inspire each other as a subculture.

“As there are no parkour coaches in Pakistan,” he says, “we all started supporting each other, learning techniques from YouTube and other online resources we could find. As a team, we worked on techniques and stunts, and began to choreograph our performances.There is a lot of trial and error, which has its own perils.

Ammad explains that doing stunts and performances isn’t always easy, as perfecting a technique can take months, while choreography takes time and coordination. “I am Pasha “The Boss” [Pavel Petkuns, a Latvian freerunner] and Jackie Chan’s previous work for inspiration on new stunts and flips,” he says. Meanwhile, the rest of his team follows their own favorites for different moves. 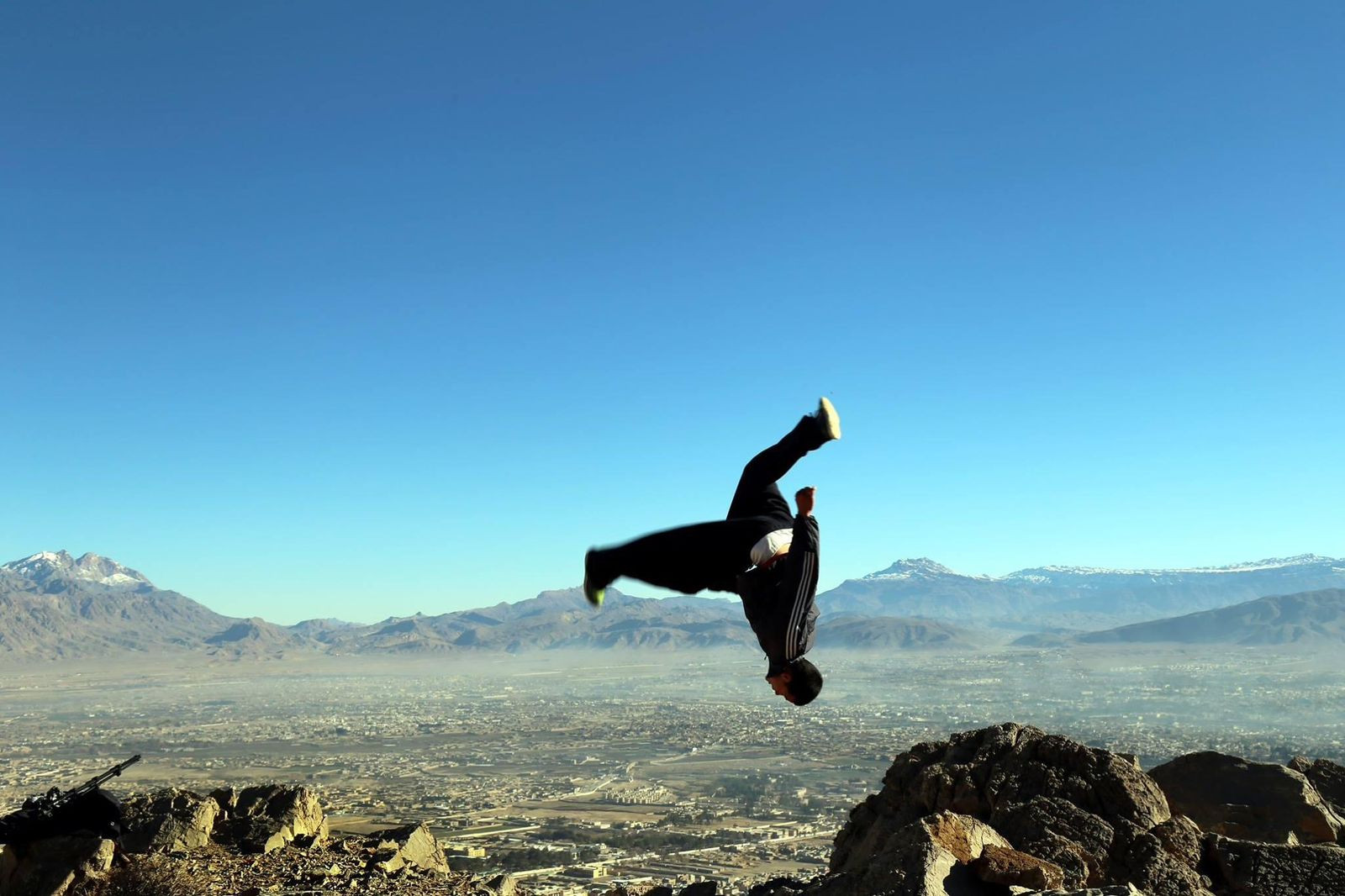 “Of course parkour is a dangerous sport, so my family never supported me on that,” says Ammad, whose family had disapproved of his decision to play the sport, and things got worse when he decided. to focus entirely on parkour. His father’s main concern was that parkour was particularly dangerous and artists often got injured.

“I feel parkour is in my blood,” he says. “The Hazara community is incredibly involved in the sport, and over the past few years we have produced many martial artists. I understand that my family has valid reasons not to support me because my wrists and legs get injured on a regular basis.

When Ammad injured his spinal cord, he was bedridden for over six months. “It was the darkest time for me,” he recalls. “We didn’t have health insurance, so my family had to bear all the expenses, and that made me realize that there is no safety net for most sportsmen in Pakistan, let alone the freerunners.”

“Our area is guarded by FC, and we can only train on the pitch because there are hardly any obstacles or tall buildings,” he says. “But if we spot a new building being built, we go there to practice our flips and tricks using sand as a mattress. Often we get scolded by the chow kids (guards), so we try to train quietly to avoid that, but how do you do parkour and not get noticed!

The environment in which they live and practice can be a reminder of the uncertainty and insecurity in their lives, but these obstacles only reinforce Ammad’s ambition to create a platform for future practitioners of parkour.

“Parkour has enormous personal value for us,” he explains. “We think it’s our difficult life that breaks our bones and hurts us in unusual ways. Parkour brings us peace by channeling our stress and anxieties in a positive way. If it hadn’t been for parkour, it would rather have been wushu or bodybuilding. Parkour has a therapeutic effect that only practitioners can understand. That’s why I want to encourage young people to do parkour.

Dispelling people’s misconceptions about parkour in Pakistan is one of its biggest challenges. “Parkour is so misunderstood in our country,” Ammad says, “it’s an art and a skill that somehow in Quetta is only kept alive by Hazara Parkour. Club.”

But his exasperation has a tinge of hope as he has decided to dedicate his life to promoting parkour. “As a sport, it needs public and government attention,” he says. “As there are no training facilities such as quality gymnasiums or even open spaces with soft sand available for parkour, we train on construction sites, which makes it more dangerous in the general perception.”

Ammad, who works as a graphic designer by day, would like to see parkour flourish in Pakistan and that means more to him than becoming famous himself. “We have tried to talk to parliamentarians in our region several times, but they don’t understand that we need these facilities,” he said. “We got injured because we learned and practiced outside, but for newcomers, we need accessible training facilities to prevent accidents and injuries.”

As the director of the Hazara Parkour Club, Ammad says the club is home to all active parkour artists in the country. “We have 12 active parkour artists between the ages of 15 and 30,” he says. “Despite the lack of a unified platform for parkour in Pakistan, it is high time for sponsors to come forward as parkour has a big reach in local and international sports and entertainment industries. It’s simply a skill that sells. 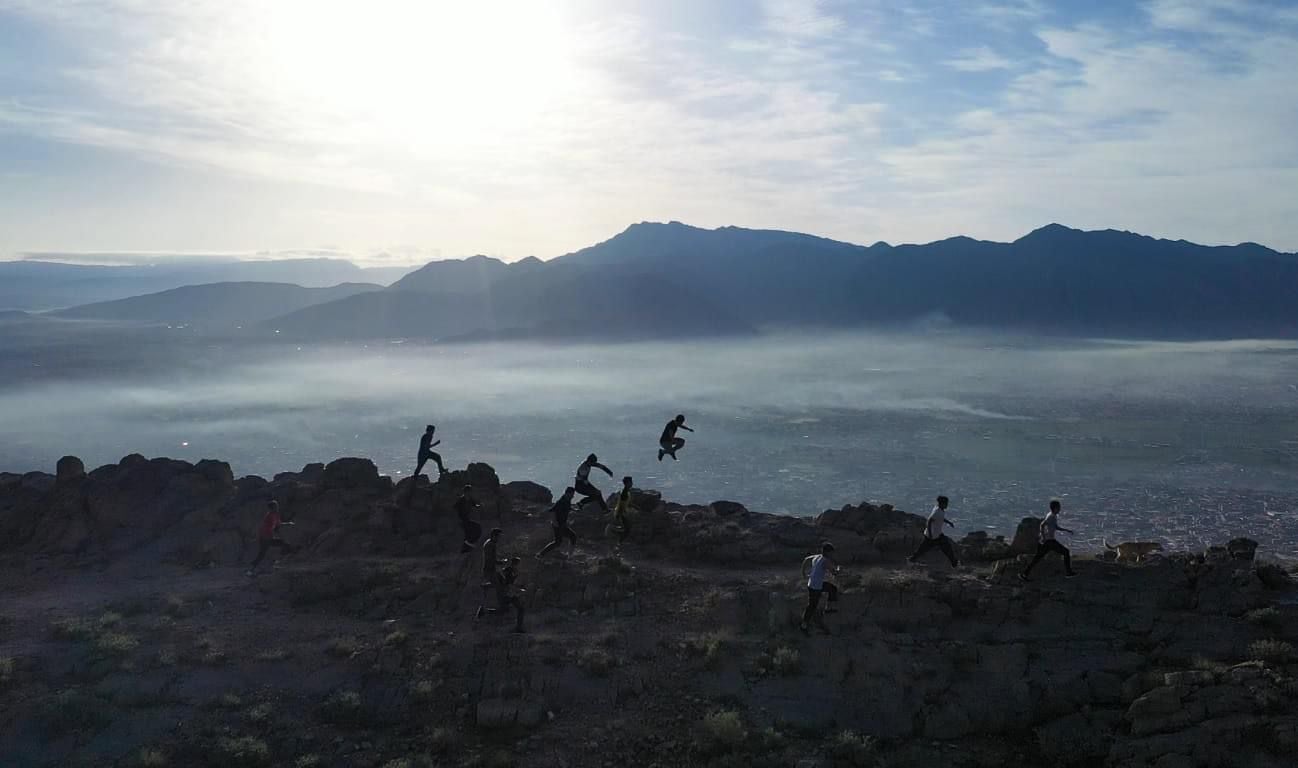 But even when this happens, questions about the compensation for their work still need to be addressed. “We only receive Rs 100,000 for an advertisement and we have to organize our own travel and logistics,” explains Ammad. “Considering this is an extreme sport, insurance against injury or disability is important.”

Ammad’s efforts to register parkour with the Pakistan Sports Board were unsuccessful and he found that meeting with the relevant government officials is a Herculean task. “For several months, I went to their office,” he says. “But they never let me in and I couldn’t meet the officials, so I feel like there might be politics involved in the sport.”

Spinning, jumping, rolling and turning despite the challenges it faces, Ammad believes his team is gradually paving the way for parkour to grow in Pakistan and change people’s perception of this fascinating discipline.