Directed by Valentin Petit and created by 72andSunny, the iconic “Call of Duty” video game franchise has released an epic call and response music video that features some of the biggest stars of the moment and big budget military vehicle action. . The “Squad Up” campaign sees Nicki Minaj, Pete Davidson, Lil Baby, Kane Brown, Bukayo Saka, Lando Norris and all of their “squads” celebrate the release of “Modern Warfare II” and sing along to the military-style cadence that SOUTH Music set .

A “true labor of love” for the SOUTH Music team, which began in the pre-production phase, the sound designers, composers and sound engineers involved wrote and produced the music, coached the celebrities, recorded the vocals and finished tracking it with professional polish. From voice casting to post-production, SOUTH Music made sure the track was perfectly recorded and mixed with sound design, which they were also responsible for.

LBB> This is such an exciting project! How did all this happen?

Dan> SOUTH has a long history of partnering with 72andSunny on high-profile projects, from Samsung to Target to Coors Light, and now, Call of Duty. But this team was particularly impressed with our recent work on DoorDash, which required more of a 360° approach: something they also expected to need for their project.

LBB> You started in pre-production. Can you tell us about the first steps of this project? Does it all start with writing the music… or the lyrics?

Dan> The agency came to us with a concept and some first lyrics based on a talent/cast to be determined. On our first call, we talked in detail – both from an overall creative point of view, and then from a more practical point of view. In other words, at this early stage, how could we create a foundational piece of music that would allow us to film this effectively, properly support the talent on set, and leave room for creative exploration in the post-phase? Right after discussing all of this, it was pretty clear that we were on the same page with the agency.

LBB> As more and more celebrities joined the cast, did you have to adapt your lyrics and music? How did the challenges and the work evolve during the process?

Dan> Fortunately, one of our early demos was well received conceptually by both the agency and the client, so it was more about accommodating the ever-changing celebrity cast. Since many of them were contemporary musicians, rappers, performers, etc., the writers felt they needed help writing lyrics that really sounded like they came from the voices of these people, not a group of advertisers. This was the most exciting challenge for us, as we were able to leverage our extensive roster of artists and pair one of our pop/hip-hop songwriting teams directly with their team to develop authentic lyrics pages. and legitimate.

LBB> Audio-wise, this spot is reminiscent of the DoorDash football chant ad you worked on – how were those projects different creatively?

Dan> The DoorDash spot has some similarities and is part of what drew 72andSunny to us for Call of Duty (COD). The biggest differences come in casting and style. Working with celebrities adds another complicated layer to any project, especially when writing lyrics for them. And then stylistically, we were looking to infuse a younger hip-hop inspired flavor into the track. It involved a completely different group of producers and artists. Whenever you’re working in a more contemporary genre, authenticity is paramount. Also, the production in general was bigger and was shot in two cities with a bigger and more diverse cast, so our involvement on set was all the more crucial for COD. 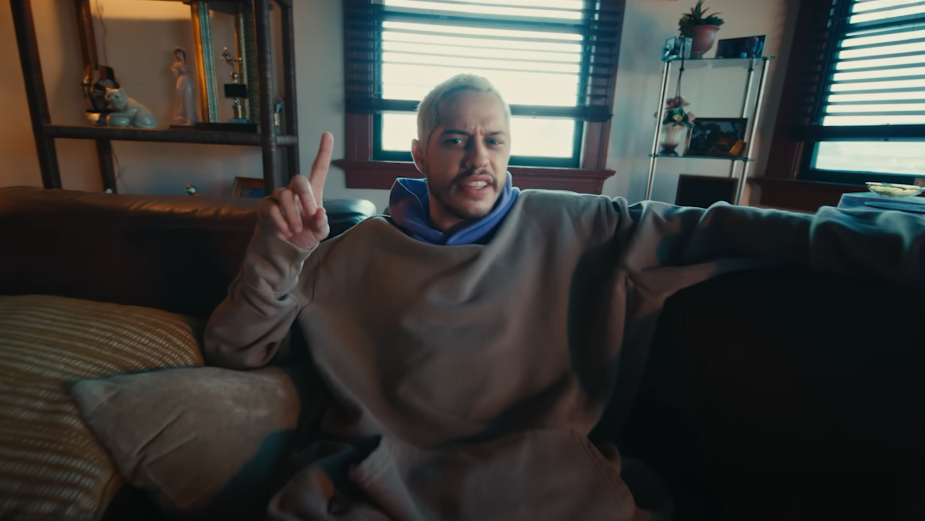 LBB> Is the team a fan of the Call of Duty series and are the celebrities in on it? What was it like working on such a big franchise and writing music for Nicki Minaj and Lil Baby?

Dan> Many of us are fans of COD and the celebrities featured in the spot. (We’re also huge fans of the content they produce to promote the brand. It’s always on point!). Writing lyrics for Nicki and Lil Baby was extremely fun, but nothing new to our team, who have extensive experience writing and producing music for artists of this level. We also have years of experience working with (and sometimes coaching) top talent on set. Of course, I would be lying if I didn’t admit that it’s always a pleasure to meet and collaborate with some of your musical idols. And when the end product is this good, it’s all the more fun to brag about it.

LBB> You were on set in London and Los Angeles, why? What were your roles on set?

Dan > Our main role was to make sure all the talent (main celebrities and big background bands) gave good performances which would eventually lead to turning our basic demo into the great finished live product you hear today . So there was a lot of coaching and direction needed. Plus, we had a rig with us so we could capture some wild performances outside of the main shoot – giving us even more material to work with in post. The biggest lesson we’ve learned over the years with shoots like this is to get way more material than you think you’ll ever need. The agency and the director understood how crucial our involvement was, so there really was no limit to what we could do on set. It’s great to have that level of confidence at all levels.

LBB> After recording the voices live, how was the post-production process?

Dan> Fun! We first built the track up to early edits – replacing our placeholder vocals with the real stuff – and immediately the spot came to life. It’s always a magical moment. Then we spent a few days exploring ways to musically evolve the track. We re-engaged a handful of producers and artists to remix, reimagine and re-imagine the track, pushing and pulling it in lots of cool ways, from cinematic to electronic to beat-driven. hip hop world. After learning a few things about the track through this process, the agency and client came in for a session, and together we put the final musical touches on it – landing on something we were all very happy with. The client had quite an extensive musical background, so being able to work together in person in our studio was key to getting the track to where they wanted it. 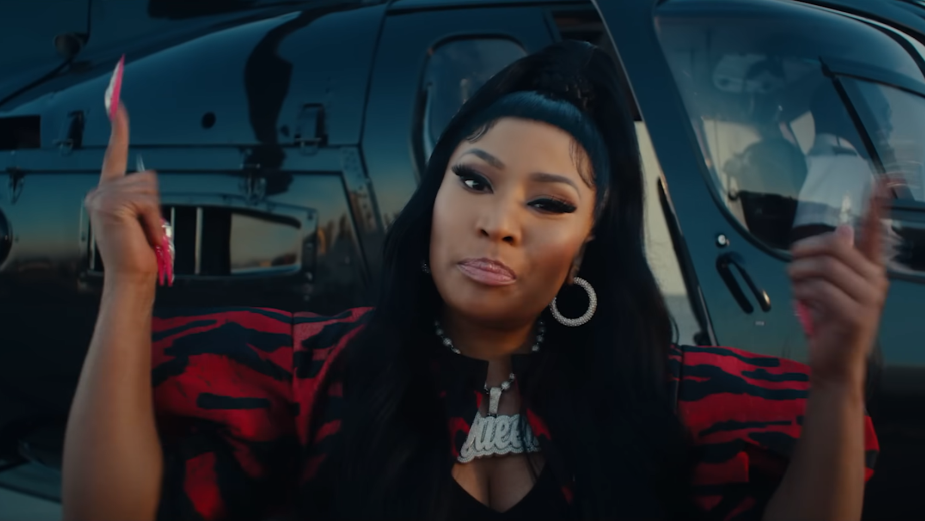 LBB> You were also responsible for the sound design – how big was the task, given that the piece involves many vehicles, a range of different environments and large crowds? How did you mix all the sound with the song?

Dan> The sound design was a really big undertaking, and we were thrilled to be able to handle that part as well. When you’re producing a spot as musical as this, how the sound design works and plays off the track is so important. Having the same team working on both, in tandem, can be a huge advantage. As you can see, there are times when you really want to get the grit and power of the sounds (motors, stomp, etc.) and other times when you want the music track to take center stage. . The agency really trusted our instincts here, and I’m as proud of the sound design work we did as I am the music, no doubt.

LBB> What was the toughest challenge you faced during this campaign and how did you overcome it?

Dan> It’s just a lot of work and it takes a ton of attention and specific care. SOUTH typically juggles dozens of projects at once, all in various stages of production. The key to running a 360 beast like COD is to dedicate specific, important people to focus 99-100% of their attention on it. We have a very special team here who are quite accustomed to adjusting their operation to take on a juggernaut like this. I’m sure it’s very difficult for each of them at times, but overall I’m so impressed with how easily they make it all happen. And, I had the feeling that the agency and the client felt the same! In other words, we overcame the challenges of this production by having the right excellent people on board from the start. It begins and ends with them.