Dionne Warwick: Don’t give up on me.

Documentaries are consistently high quality at the Toronto International Film Festival, selected by a stellar team of programmers. Some of the highly recommended documents have been reviewed in previous columns, including Attica, Wochiigii lo: End of the Peace, Memory box: Echoes of September 11 and Oscar Peterson: Black + White.

The Oscar doc was just one of at least three compelling music docs that offered so much more than just music. Listening to Kenny G was not only the best-selling jazz artist, but an in-depth study of how people listen to music and what makes it good and bad. Dionne Warwick: Don’t Make Me Over included her involvement in civil rights and the AIDS campaign, with her iconic hit “That’s What Friends Are For” which raised millions of dollars for AIDS research. She was in fact the first major artist to use the word AIDS in a public performance. She ultimately convinced President Reagan to use the term in his public speech. Her charisma and acceptance in the black community helped her convince three of gansta’s top rappers to remove their misogynistic lyrics from their music. Known as the artist who “bridged the gap”, Warwick has sold over 100 million records and won 6 Grammys in his 60-year career. Her 56 ranked hits make her one of the best female artists of all time. She has a star on the Hollywood Walk of Fame and at the Apollo Theater. The film is rich in interviews with Stevie Wonder, Snoop Dog, Santana, Alicia Keys, Clive Barnes, Barry Gibbs, Barry Gordy, Cissy Houston, Elton John, Quincy Jones, Gladys Knight, Olivia Newton-John and Smokey Robinson. A beautiful tribute to a positive force in the world of music.

Other incredible TIFF documentaries this year include The Devil’s Drivers by Mohammed Abugeth and Daniel Carsenty., a labor of love and dedication to the Palestinian â€œsmugglersâ€ who risked their lives and jobs by driving workers to the border so that they could cross into Israel to find work. The obstacles are overwhelming and the punishment, if caught, is catastrophic.

The directors worked on the film for eight years as members of the community, and it shows in the depth of storytelling and knowledge of the surroundings. At the time, more than 60,000 men were working illegally across the border, and Israel’s real fears that some of them might be “terrorists” affected the lives of many families. In one scene, a driver who was arrested relates that â€œduring the trial I called my wife and found out that I had a new baby. I am very excited and I ask for mercy from the judge, then he sent me to jail â€, and the driver has not seen his son for years. â€œWe are the working class. If we work, we eat. Workers can only earn about $ 12 a day in Palestine, so they have to cross to earn four times as much. He says: â€œThe country is beautiful, with the exception of the Palestinian Territories, which they do not allow us to develop.

The heartbreaking film incorporates creative black and white animation that tells the story of Palestine from the first intifada. He states that “the Second lasted from 2000 to 2006 and caused the death of over 4,000 civilians and caused the complete destruction of Palestinian infrastructure.”

Some smugglers have become informants, in exchange for reduced sentences or other benefits. Getting paid by Israel to earn money to educate other villagers is a harsh reality that Palestine faces.

More than 400 smugglers lost their lives. Only married men with children get a permit to work in Israel. Mahmoud said: â€œMany workers perish on the way to Israel. They get shot and die. You lose control of your destiny.

Much of the footage was taken several years ago, and things have now changed with The Wall’s total enclosure. To end the story, the directors returned to the small village. Mahmoud’s house in Jenba was demolished, and the film’s fence includes other harrowing memories of those involved during the many years of filming. The end credits contain an emotional punch to find out what ultimately happened to most of the characters we’ve known so well during this extraordinary storytelling. See here for other TIFF films from this year on Israel / Palestine.

A few other documentaries that stood out include Three Minutes: A Lengthening, which revolves around a short three-minute clip of the house discovered in old property in a Florida house. The silent footage shows a small Polish village just north of Warsaw on a trip to Europe in 1938. The many faces captured in this fleeting moment in history, leading a normal life, have been identified in a fascinating slow-motion effect . They were unaware of the fate that soon awaited them, where most were forced into death camps. The film was produced by brilliant British director Steve McQueen and narrated by Helena Bonham Carter, leaving an indelible impression of the cruelties of fascism and its victims.

And finally, here’s a doc that needs a “WARNING: not for the claustrophobic”. The Oscar-winning directors of Free Solo, another film not for the faint of heart, takes us inside the dramatic rescue of 12 young footballers and their coach trapped by monsoon flooding in a cave in thailand. The Rescue is pure, thrilling adventure, as a assembled team of global cave diving experts attempt the impossible task of removing young footballers trapped far away in the narrow caves, and all must be done before the season begins. monsoons and floods Caves. The joy of this film is to see people from different countries working together to find a solution to help people in another country, rather than bombing their land so that we can extract their resources. If only we could extend this altruism to everyone, in all countries! 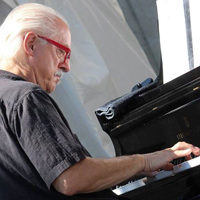